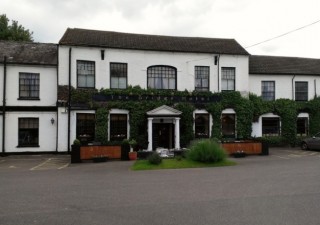 I was tempted by the house that went with the job I had been offered in the builder’s office in Bridge Street.    The house was No. 18 Oakleas Rise.

My wife, Margaret, and I were working and lodging in Doncaster.    We had two rooms in an old Victorian house that was very basic, and the prospect of being on our own in a modern three- bedroom semi became irresistible.

The builder was Loakes & Pettit and their offices were the first premises that you came to on leaving Bridge Street station.

There was the family house and offices on the front, an extensive Yard with outbuildings to the rear that included plumbers, painters and blacksmiths shops and stores and garages.    There were about a hundred employees, Bill Tarrant was the foreman joiner, Frank Groom was foreman plumber, and Charlie March was foreman painter.   The yardman was Bert Tiney.    He was very much involved, as was his wife, with the St. John Ambulance Brigade.

The Company was formed by the amalgamation of the two builders operating in Thrapston in l936.    C.R. Pettit & Son were in the Bridge Street premises and had got into financial difficulties.    W. Loakes & Son were working out of their Offices and yard in Midland Road and acquired the assets and liabilities of C.R. Pettit and thus Loakes & Pettit Limited was constituted.    The Midland Road premises were retained in the business as the joinery workshop, timber storage and yard.

When I came to Thrapston there was still some evidence in the office of the flooding that had affected that part of the town in 1947.

In the block was also a dentist, Mr. George Pears.   There were two cottages that were occupied by people I wasn’t acquainted with and the end cottage was the office of Mr. Douglas Scott who had a joinery workshop to the rear.   Graham Manning ran the office.    The whole of the block, and the land at the rear, was eventually vacated and the premises were taken over and converted and are now the Bridge Hotel.

Extract from: Recollections of Thrapston and its people after the Second World War. By Bernard Dennison.  (Recorded October, 2005).