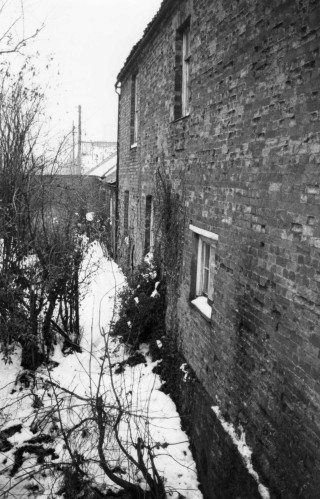 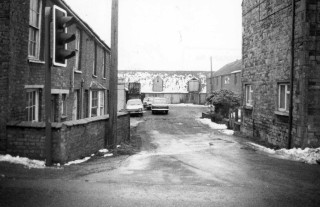 Between the gravel workings and the river was Thrapston Wharf. I don’t know when it ceased to be a wharf, it might even have been when the railways came to Thrapston and coal and other goods started coming in by rail instead of in barges.

During the War it was taken over by the Ministry of Agriculture who used it as a depot for agricultural machinery and carried out all kinds of farming operations, such as ploughing and reaping for the farmers in the area.

Reg. Hankins was the foreman in charge. Mr. Fred Carress, who was ‘Heighton’s Garage’ in the High Street was the manager and after the War when the Ministry pulled out he acquired the land. He kept the staff on and carried on for a while but then farmers were becoming self sufficient and eventually it was closed down.

There was an asparagus bed that was kept cultivated and Fred was quite generous in handing out packages during the asparagus season.

When Bridge Street station was closed Reads, the coal merchants, transferred their business to the wharf.

There were quite a number of buildings on the site including a house which was occupied until fairly recently. There was also a substantial building that was occupied by a busy clothing manufacturer.

The footbridge across the river is a more recent addition, before which pedestrians were obliged to stand in the refuges in the event of a vehicle crossing at the same time as they were.