You are here: Home>Topics>People>Chancery Lane - Past Residents 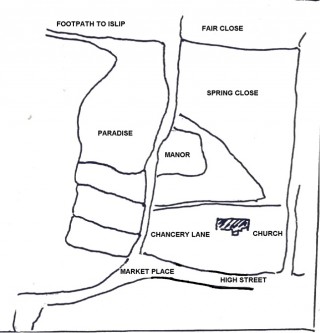 Map of the land names along Chancery Lane (Fair Lane) 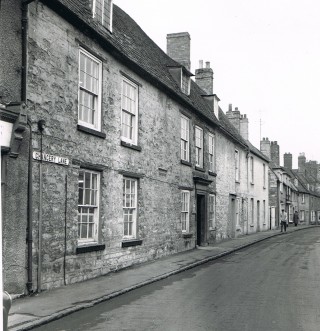 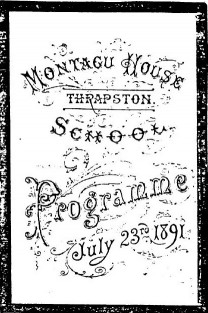 Surgeons, solicitors and school teachers have been based in Chancery Lane, Thrapston for many years.

The name probably arose because lawyers made it their Headquarters, but for many years it was also called Fair Lane because it led to the field where the annual fair was held (see map).

Daniel Yorke, and his  son  William  were  prominent lawyers in Thrapston before the beginning of the 19th century and William owned a house  and office  in Chancery Lane.  In 1806 he rented it to Caryer Sherard whose family had been solicitors in Oundle for generations.

The first mention of a surgeon in Chancery Lane is that of  Charles  Washington  Montague  (from  whom  the  present house  takes  its  name) who  lived  there in the early 19th century.

In 1851, William  Haines,  a general practitioner, member of the Royal College of Surgeons and Licentiate of the Society of Apothecaries lived at Montagu(e)house.

Joseph Bird was practicing medicine in Chancery Lane in 1891 and  Emma Todd, a medical botanist, was his neighbour.