You are here: Home>Topics>People>Thrapston's Washington Connection 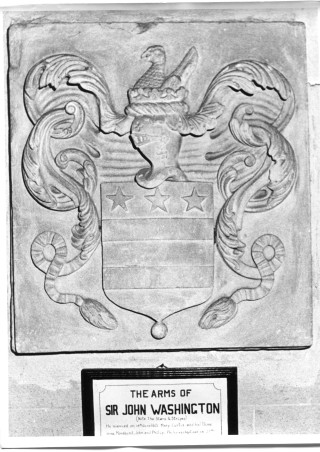 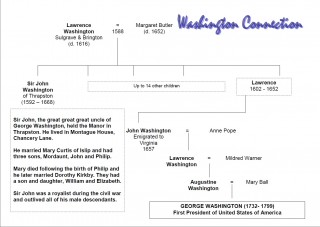 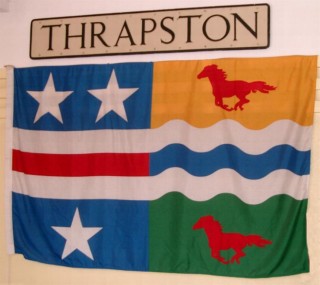 He lived at Montague House in Chancery Lane, Thrapston, and was buried on 18 May 1688 in the churchyard of St James.

Sir John was the older brother of Reverend Lawrence Washington who married Amphyllis Twigden. They had two sons, John and Lawrence, who emigrated to Virginia.

John the emigrant, was the great grandfather of George Washington.

The “Stars and Stripes” National Flag of the United States of America is said to have its origins in the Washington family arms. They are also reflected in the town’s civic badge and the flag of Thrapston.