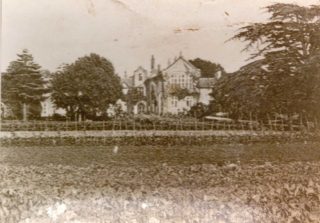 “Singing for their Supper”

The Poor law commissioners in London issued national diet sheets together with workhouse rules and regulations. However, each union workhouse added its own stipulations to satisfy local circumstances.

The national diet for an able-bodied man in the 1850s allowed only the cheapest of meat but there is evidence that Thrapston inmates were  treated a little better.

The Master’s Report of Christmas 1891:

The Master’s Report of Twelfth Night 1892:

“Lord Lilford sent 24 rabbits from his estate. Mrs Hambling, Mrs Abbott, Miss Paris and a party of other ladies and gentlemen entertained the inmates. Tobacco, sweets and cake were distributed.”

National Poor laws specified that in return for the “gracious giving  of accommodation and the Christian act of feeding the paupers of this nation who are forever with us” the destitute had to complete hard manual labour, which left the body, mind and soul “pure and cleansed“.

Although many workhouses required male inmates to break stones or some other heavy but monotonous tasks, the Thrapston Guardians thought otherwise. Inmates made shoes which could be sold to raise income for the workhouse or be used by inmates themselves. However, in addition, all inmates had to contribute to the domestic work including laundry, cooking, feeding the pigs and gardening etc.