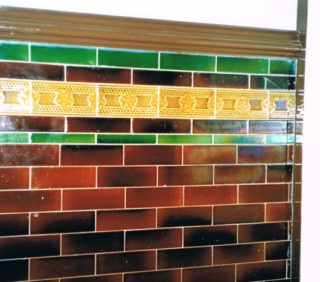 Tiling in the Master and Guardian's Toilet

Establishment of Board of Guardians

The Guardians were elected under the large landowner multiple vote system which enabled all property owners to exercise a vote, with the larger landowners retaining the influencing role.

The inaugural meeting of the locally elected Board of Guardians took place the following evening, 1st December, at the White Horse Inn, Thrapston.

At the first meeting, and shortly afterwards, several important policy decisions were made.

The election of the Union’s first Chairman – John Yorke

A sub-committee elected to oversee the acquisition of 4 acres of land on the Denford Road (now Midland Road), and the erection of the workhouse.

The maximum capacity of the building was set as 200 paupers, but with sufficient room to be available for further expansion. It is interesting to note that seldom did the number of inmates exceed 100.

The powers of the Board of Guardians were widespread, including ensuring that only those who were destitute entered the workhouse, and their responsibilities would later include vaccination for smallpox.