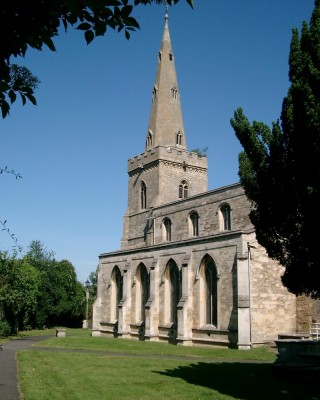 Imperial Gazetteer of England and Wales

Thrapston, a small town, a parish, a sub-district, and a district, in Northamptonshire.

The town stands on the river Nen, and on the Northampton and Peterborough railway, at the intersection of the line from Kettering to Huntingdon, 20 miles NE by N of Northampton.

The living is a rectory in the diocese of Peterborough with value, £430 and has as its Patron, the Lord Chancellor.

The sub-district (including Raunds) contains: