You are here: Home>Topics>Buildings>Fires>Large Fire in Thrapston 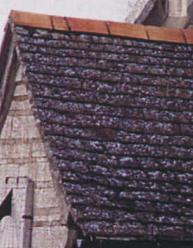 The fire which continued for 12 hours consumed more than 50 dwelling houses and a large quality of goods.

Only two sufferers, John Leet and James Kempston, were insured and they were paid out in full on 9 January 1719 by the Sun Fire Office.

The remainder received donations from around the county.

It is thought that 50 houses would have been almost half of the town.

Many of the thatched roofs were lost in the fire and were subsequently replaced by the other materials such as collyweston slate.