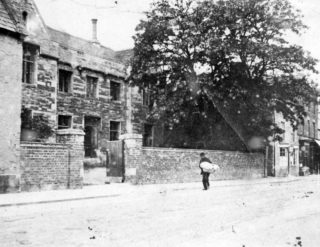 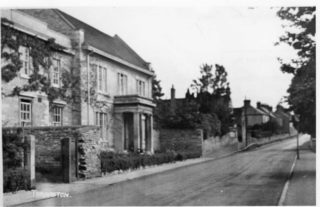 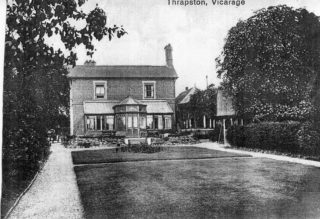 Four Rectories and a Church

A Rectory is normally situated close to the Church for practical reasons. In Thrapston, there have been five buildings, of varying size, acting as Rectories since around 1800.

A row of houses opposite the West Door of the Church included a a house used as a Rectory. It would had stood where the St John’s Ambulance Hut now stands.

The houses were not recorded as being there in 1782 but once built were used by Rev. Septimus Hodson until he was succeded by Rev. William Greenwood in 1828.

Rev. William Salmon Bagshaw was appointed as Rector in 1837 and he set about designing and building a new Rectory.

This house continued to be the Rectory until 1917 when Rev. H E Fitzherbert became Rector.

Rev. Fitzherbert’s wife, Lady Eleanor, thought the old Rectory was too small so they moved to Thrapston House on Huntingdon Road.

In 1923, the new Rector, Rev. Alfred Bagshaw, grandson of William Bagshaw, thought that Thrapston House was too large and moved to “The Hollies”  on Midland Road. A solid good Victorian building in a nice setting but some distance from the Church.

In 1962, a new Rectory was built on Oundle Road which is still in use today.