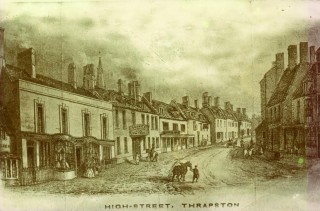 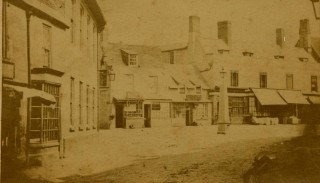 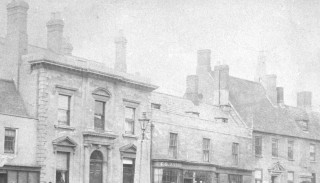 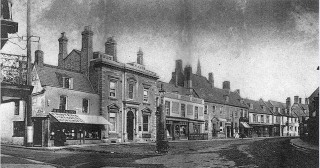 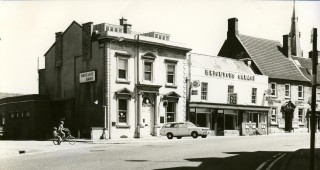 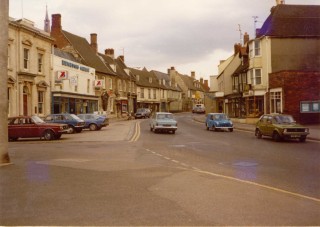 A brief history of the banking business, founded in 1812 by George Eland, a local draper, on the site of  the current Barclays Bank building, to its amalgamation with Barclay and Co in 1911. (1+ pages)

It is divided into sections which may be summarised as:-

The draper’s business existed in 1783 and continued alongside the new banking undertaking, named the Thrapston and Northamptonshire Bank, which arose from the association of its proprietor with the Stamford and Rutland Bank. The two businesses ran separately in 1822, when George’s son, also named George, took over the drapery business.

There were, at various times, a number of successive partners and business relations with other local/regional banks, as well as name changes to the Bank reflecting this and its opening of a branch in Market Street, Kettering. Throughout these times a member of the Eland family was partner and the family’s involvement is particularly recognised when the banking business became Eland and Eland in 1864. At about that time a new building was erected on the site specifically for carrying on the banking business.

The business ran into financial difficulties in 1888 but liquidators accepted the offer of the Stamford, Spalding and Boston Banking Co. to take over the bank and settle with unsecured creditors. That company merged with Barclay and Co in 1911. It changed its name to Barclays Bank in 1917.

In 1783, George Eland had a drapers shop on the site now occupied by Barclays Bank. He evidently combined his business with banking because in 1812 he was described as a banker as well as a draper.

In 1812 George Eland became associated with the Stamford and Rutland Bank and a partnership was formed to carry on a banking business under the name of the Thrapston and Northamptonshire Bank. The proprietors were William Johnson, Stephen Eaton and George Eland. The first two were the original proprietors of the Stamford and Rutland Bank but the day to day business of the Thrapston Bank was left to George Eland. This arrangement continued until William Johnson died in 1819.

Stephen Eaton took Edward Cayley into partnership to run the affairs of the Stamford Bank but no addition to the partners of the Thrapston Bank was made.

Separation of the Drapery and Banking Businesses

By a deed of 31 August 1822 George Eland, who had for many years carried on the two businesses of banker and linen draper, leased his premise to his eldest son George Eland, to carry on the business of linen draper. However, he reserved for his own use the rooms used by the bank.

In 1823 George Eland (presumably the younger) was described as a linen and woollen draper and there is no evidence that he played any part in the bank, although he may have entered it some time before his father’s death to 3 May 1833. After this date he became a banking partner but there was no change in style until the death of Stephen Eaton in 1834. From this date there was no further connection with the Stamford Bank until it finally amalgamated with the Stamford, Spaldlng and Boston Banking Co in 1888.

Soon after the death of Stephen Eaton, John Yorke became the partner of George Eland, George senior’s son,  and the bank was known as the Thrapston and Kettering Bank. The change of name was because they opened a branch in Kettering. The Charter Act of 1844 limited the note issue by banks. However, authority was given for John Yorke and George Eland of the Thrapston and Kettering Bank to issue notes to the value of £11,559.

In 1863 Robert Fowler Eland was taken into partnership. He may have been the son of George Eland. In 1864 John Yorke’s name ceased to appear and the business became known as Eland and Eland. A deed of 31 December 1864 refers to the “building recently erected for the purpose of carrying on the banking business”. This is possibly the building now standing on the site.

When George Eland died the remaining partners continued the business for 16 years, but in July 1888 found themselves in financial difficulties. Their statement of affairs on 3 August 1888 showed assets of £64,OOO to meet liabilities of £84,OOO. The liquidators accepted the offer of the Stamford Spalding and Boston Banking Co to pay unsecured creditors fifteen shillings in the pound and to take over the premises and goodwill at valuation. This company had not previously been represented in either Thrapston or Kettering although there had been a link through Stephen Eaton as mentioned above.

The Stamford Spalding and Boston Banking Co amalgamated in 1911 with Barclay and Co which, in 1917, became Barclays Bank. Barclay’s branches at Thrapston and Market Place, Kettering are the successors to Messrs Eland and Eland.

References:
A extract from an article by Cyril Diamond in “Strapetona (1979)” – The magazine of Thrapston & District Historical Society

(visit www.thrapstonhistorysoc.co.uk for more information about the Society)