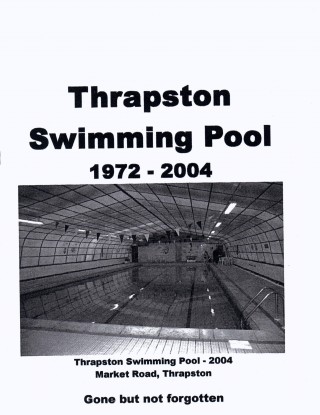 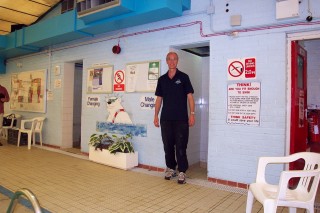 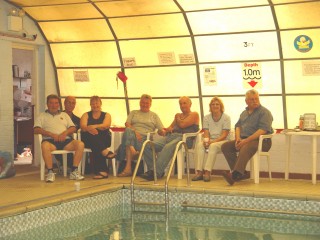 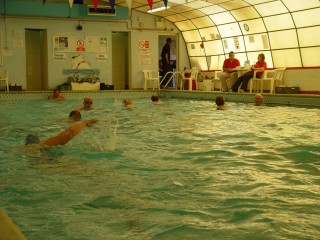 Thrapston Swimming Pool was built on Market Road,  in 1971, the cost being raised by public fundraising and opened in 1972.

A plaque was presented on 13th June 1976 to thank Mr David Joseph Prior for his work in raising funds.

In 1983, Mrs Pat Green started work teaching schoolchildren to swim, a task she continued up to the closure of the pool.

1992 marked the visit of Duncan Goodhew, preparatory to the first Swimathon event in Thrapston in 1993.

Also in 1992, a lifeguard, Graham Stainton, died on his way to work in a road accident – a popular man, his passing was commemorated with the placing of a plaque in Reception, the cost of which was raised by pool users.

By the time the pool closed, over £1000 had been raised in the Arthritis Care Charity box, a total beyond the organiser’s wildest expectations. Thanks to all contributors.

Many have enjoyed the facility over the last 32 years. There were still some regular swimmers in 2004 who remember coming to the pool when it opened.

It maybe wasn’t the smartest pool in the world, but there was always a warm and friendly welcome.