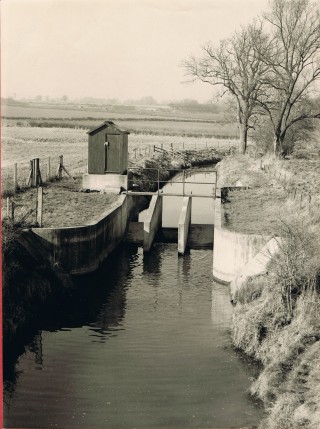 Lowick has been known several names through the centuries:

Harper’s Brook flows in a south easterly direction through the village and parish, eventually falling into the Nene, and the land rises from 50 ft. to 100 ft. on each side.

In a field to the south of the village is ‘the Lowick oak,’ one of the largest in the country and a survival of Rockingham Forest.

The village lies along the road from Thrapston to Brigstock. About 1545 Leland described it as ‘the pratiest (sic) place in these quarters’ and it still retains its beautiful surroundings.

The church stands at the north end of the village. South of it are the White Horse Inn and a stone 14th-century barn. The barn has a thatched roof and good end gables.

Near the corner of the road to Aldwinkle is a house bearing the date 1731.

In the south of the parish is the house known as Lowick Lodge, with an old quarry to the west of it, and another to the east.

About a mile south-west of the village is Drayton House standing in gardens of remarkable beauty and surrounded by a park of about 200 acres.